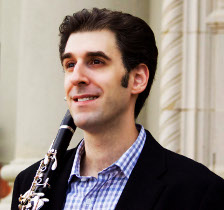 An active chamber musician, Mr. Geldrich performs with several ensembles in the southeast. He is a founding member of the Raging Reeds, a woodwind quartet that performed at the 2015 International Double Reed Society Conference in Tokyo, Japan. He also is a member of the Scirocco Quartet, with whom he performed at the 2012 National Flute Convention in Las Vegas, the 2012 Florida Flute Convention, and the Symphony at the Museum Series in Albany, Georgia. As a member of the University of Florida Wind Trio, Mr. Geldrich was a featured performer at the 2011 International Double Reed Society Conference in Tempe, Arizona. He was also a guest artist alongside faculty members at the University of Florida and members of the Jacksonville Symphony in a performance of Stravinsky’s L’Histoire du Soldat for the UF Contemporary Music Festival. In the summer of 2014, Mr. Geldrich performed throughout Italy with the American Chamber Winds. Additionally, he has performed in Spain at the Burgos International Music Festival and in Germany at the Sulzbach-Rosenberg International Music Festival.