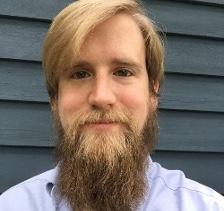 Matthew Roehrich is a versatile and award winning saxophonist, educator, and recording artist. He has won several chamber and solo competitions as a classical saxophonist and has performed with the Fayetteville Symphony Orchestra, Greeley Philharmonic Orchestra, and the 75th Anniversary revival national tour of Porgy and Bess with the North Carolina Opera Company. As a jazz musician he has shared the stage with luminaries including Bob Mintzer, James Carter, Slide Hampton, Kevin Mahogany, Jon Faddis, and with the New York Voices at Jazz at Lincoln Center. He can be heard on drummer and vibraphonist Mitch Shiner’s debut recording "Fly!" on Patois Records. He recently toured China as a founding member of the stylistically diverse Hemispheres Quartet, performing and teaching in Beijing, Tianjin, and Wuhan at venues including the Forbidden City Concert Hall and the Tianjin May Festival.

Mr. Roehrich is the Assistant Professor of Saxophone (interim) at Valdosta State University in Valdosta, Georgia. Prior to his appointment he taught as an adjunct instructor at Methodist University, Fayetteville State University, and as an Associate Instructor of woodwind techniques and saxophone at the Indiana University Jacobs School of Music, where he is completing a doctorate in saxophone performance.