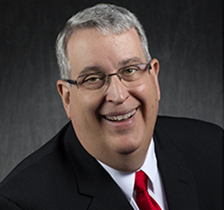 Before joining VSU's Faculty in 1999, Duke worked for a New York City based general management firm that specialized in touring theatricals. While there he worked on a number of shows in various capacities, and worked with Chita Rivera, Sir Ian McKellen, Sandy Duncan, Darlene Love and the Radio City Rockettes.

As an actor, Duke's credits include, Sir in THE ROAR OF THE GREASEPAINT, THE SMELL OF THE CROWD, Alfie Doolittle in MY FAIR LADY, Benjamin Franklin in 1776, Horace Vandergelder in HELLO, DOLLY!, J. P. Morgan in RAGTIME, and Edna Turnblad in HAIRSPRAY. Duke also performed internationally in SOULS DESCENDING, a butoh dance by and starring Catherine Schaeffer, presented at Festival Fringe, Edinburgh, Scotland.

As a director, Duke's favorite productions include FOREVER PLAID; A LESSON BEFORE DYING; ARMS AND THE MAN; LOST IN YONKERS; ALL I REALLY NEED TO KNOW I LEARNED IN KINDERGARTEN;  LOVE, LOSS AND WHAT I WORE; and LONELY, IM NOT among many others.

Professor Guthrie is a proud recipient of VSU’s 2010 Faculty Excellence Award for Service, and GTC’s Leighton Ballew Award for Distinguished Service to Theatre in Georgia.

Duke is also Managing Director of VSU's Peach State Summer Theatre, the Official Musical Theatre of the State of Georgia.