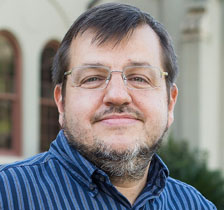 Dr. Tamas is an expert on elections, electoral bias, and US third parties. His current research on electoral bias in US elections is funded by the MIT Election Data and Science Lab and the American Political Science Association. He has held a Fulbright scholarship to the Central European University in Budapest, Hungary, and was also a Postdoctoral Fellow at the Harvard-MIT Data Center at Harvard University. Prior to joining VSU, Dr. Tamas was a Visiting Research Scholar at Columbia University and has previously taught at Illinois State University, Williams College, and Brandeis University. He also worked as a software developer at Princeton University. His most recent book is The Demise and Rebirth of American Third Parties (2018). Dr. Tamas is a frequent political commentator on current issues and has been interviewed by ABC News (US), CBC News (Canada) and RFI (France). His research has also been published in several media outlets including The Washington Post, Politico, Associated Press, and Governing.